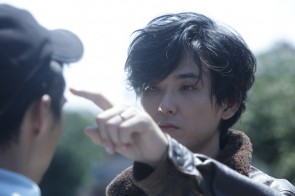 The other Kurosawa, the one of Séance (2000), Pulse (2001) or Loft (2005), was selected in May to present this film in the Un Certain Regard section at Cannes, where in 2015 he won the Best Director Award for Journey to the Shore (2014) and where this 2017 he made people sit up and notice because, although it feels like an invasion of extraterrestrial body snatchers and a sort of The Day the Earth Stood Still (1951), in fact during several long moments we find ourselves witnessing a violent political satire and, during many of its 129 minutes (particularly towards the end), an immense love story. The basic issue running through the film is whether our society will be able to regenerate itself. One day. However, if we’re to succeed we must first of all blow the whole thing to smithereens.