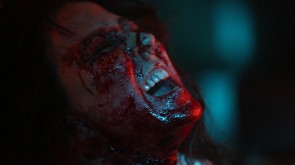 The Turkish director who studied Film in Canterbury and who in 2015 dismasted our defences with Baskin is back. And he’s here with a title defined on the net, after its showing at the Lisbon horror film festival as a real and unnegotiable “hardcore horror for Lynch fans” also highly recommended by those who move comfortably but with carefully measured fear through Lovecraft’s universe. The plan for those who dare to enter this film while the spirit of Bava and Argento orbits their souls consists of accompanying through dark nightmarish realms a woman who, as a child, witnessed her mother killing her father and younger brother. Atmospheric and terrifying, it also showed at Vancouver and Providence.