CLOSE ENCOUNTERS OF THE THIRD KIND (1977) 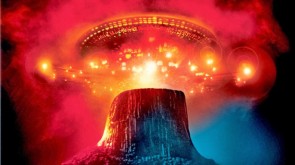 After emptying all the beaches of the world with Jaws (1975), Steven Spielberg took his first steps in science fiction with this tale of possible contact between humans and beings from other planets. One night, near his home in Indiana, Roy spotted strange flying objects in the sky. Ever since he has been obsessed with understanding what he saw. He meets Jillian, a woman who saw the same as him, and together they try to find an answer to the mystery that changed their lives. Meanwhile, a group of international scientists investigates the appearance of UFOs. The Festival celebrates the 40th anniversary of the film's release with the screening of a copy in 4K.