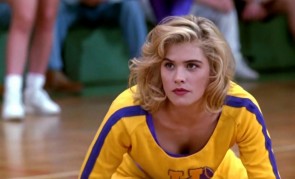 Buffy is a popular, carefree high school student and cheerleader who leads a happy-go-lucky life until a stranger tells her that she was chosen by fate to hunt vampires and dedicate her life to protecting humanity from evil. In 1992 Fran Rubel Kuzui and her husband directed and produced the first screenplay by a young Joss Whedon. The story planted the seeds for one of the horror genre's most popular TV series, now celebrating its 20th anniversary, created by Whedon himself and produced by the Kuzuis. Kristy Swanson and Luke Perry play the leading roles, accompanied by Donald Sutherland and Rutger Hauer.