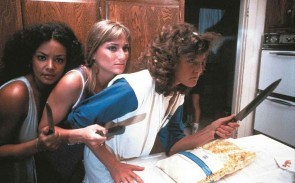 Home alone one weekend, Trish and her friends organize a slumber party that goes terribly wrong when an escaped serial killer armed with a drill spreads panic in the neighbourhood. Based on a screenplay (with a good measure of humour) by the prolific mystery writer Rita Mae Brown, debutant director Amy Jones –whose eclectic directing career later included Love Letters (1983) and Maid to Order (1987) and writer for the popular films Beethoven (1992) and Indecent Proposal (1987)– brings this pioneer slasher to the big screen, a film which over time morphed into a genre classic.