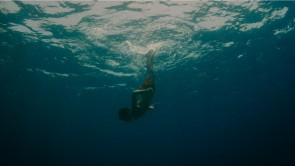 Six-year-old Iris arrives at a mysterious and isolated boarding school in the middle of the forest. The other girls in the house welcome her and help her get settled She starts school, with a special focus to physical education and dance. The rules are very strict and all the girls must obey everything their teachers tell them or they will be punished. This is first feature film by French director Lucile Hadžihalilović –Évolution (2015)– after her successful medium length film, La Bouche de Jean-Pierre (1996). An elegant and disturbing film inspired by the novella Mine-Haha by Frank Wedekind.