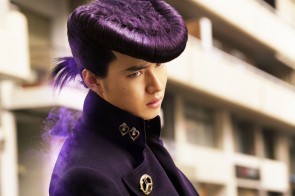 Honour and glory to Takashi Miike, unbridled author of Zebraman (2004), 13 Assassins (2010), Yakuza Apocalypse (2015) and another 200. He returns to us with this movie adaptation of the manga masterpiece bearing Hirohiko Araki’s signature which he already began turning into a TV series last century. The film oozes energy, conflict, imagination, it has a strong Yakuzian look and some among us may be thrown by the fact that it’s produced by Warner. But this doesn’t mean that it’s not a hugely vintage game, a combination of thriller, horror movie and sweet drops of gore. And of course, Miike’s penultimate work premiered at the gala session of Fantasia. Oh and don’t forget, it has a message: about how we must take responsibility for our actions.