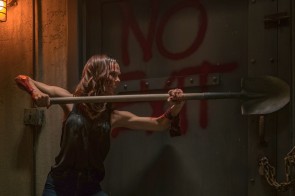 “The game’s simple. The best ones are. You want mercy? Play by the rules”. That’s what the voice over says as it accompanies the magnificent opening scenes of the trailer for the eighth installation of the classic saga: Saw! We’ll see the images and the words will remind us that we know his name, that we know his voice and that he knows our... sins. So the cards are down, while this time the directors are two Australian twins (and we know how dangerous identical little siblings can be...) who say there’s lots of gore but a touch of savage humour. In the USA it’s hitting the screens right now, just before Halloween. Oh yes, according to the cops and the forensic scientists, the jigsaw killer died ten years back. Well, you wouldn’t think so!