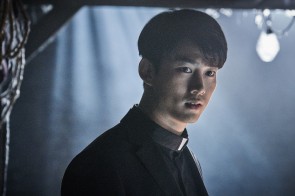 Never seen before at the Horror Film Festival: a South Korean adaptation (not remake) of a Venezuelan film! Moviemaker Lim Dae-woong and screenwriter Jang Jae-hyeon re-write and re-direct Alejandro Hidalgo’s modern classic, La casa del fin de los tiempos (2013). And they’ve done it months before Hidalgo himself tackles a remake under the auspices of New Line. A huge success in Seoul, House of the Disappeared is a powerful and elegant return to the films about houses that are haunted, evil and delightfully attractive. There are fine jumps between the past and the present, those very liquid spaces of time... There are dates etched with fire. There are walls with secrets. There are children who are dead... or not. There are ponds, cockroaches, stepfathers. Korea, Venezuela and San Sebastián tremble together.