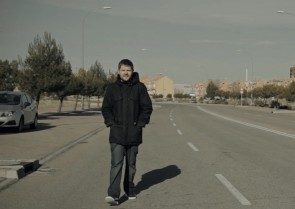 Sergio Cortina is the last living man on Earth. Similar to Vincent Price, Charlton Heston and Will Smith, he has survived the apocalypse caused by a terrible crisis that struck down all other living beings pretty much in a snap of the fingers. Unlike the aforementioned "omega men", Sergio is completely alone. He has no enemies to fight and not even the odd mutant to massacre every now and then. The days go by, long and slow, sometimes never-ending, each one the same in this short along the lines of the new Spanish low-budget sci-fi movies headed by Nacho Vigalondo's Extraterrestrial (2011).