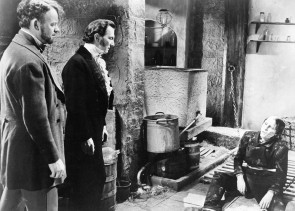 Baron Victor Frankenstein is in a cell, awaiting his demise, sentenced to death after being accused of murdering several people. A priest comes to visit him, and the doctor tells him how, after years of study and experimentation, he created a being with leftover bodies. This being is the real culprit behind the deaths he is blamed for. This film kicked off (in a grand way, in full colour) the fantastic horror cycle of British producer Hammer, resting at the pinnacle of the genre for all eternity thanks to terror films mainly from the 50s and the 60s. The most important ones were directed by Terence Fisher, starring the Cushing/Lee couple, bringing some of the most well-known fantastical myths to the big screen.