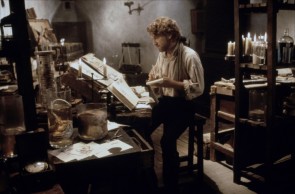 After Bram Stoker's Dracula (1992) by Coppola, Columbia decided to continue adapting classic horror works and produced the most accurate adaptation of Mary Shelley's novel at the time. It all begins in the frozen Arctic, with a ship attempting to reach the North Pole, captained by Robert Walton. He finds a man walking alone. When they rescue him, he tells them his name: Victor Frankenstein. He tells them his story, which begins a few years earlier in Geneva. The up-and-coming Kenneth Branagh directed and starred in this spectacular updated version of the myth.