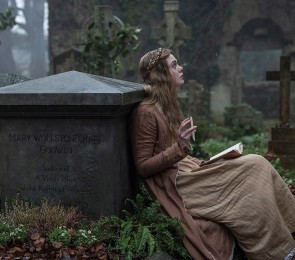 This is the story of the woman behind the monster. It is the story of the young Mary Wollstonecraft Godwin and her passionate and tempestuous relationship with the romantic poet, Percy B. Shelley. Given her family's opposition to their engagement, the couple decide to run away. Their wanderings through Europe take them to Lord Byron's summer residence, Villa Diodati, in Geneva, on the shores of the lake, where one night, in game fashion, they challenge one another to create a horror story. This is how Frankenstein is born. Mary writes her story in a few months, but the society of the day takes a dim view of women writers.