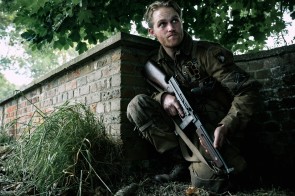 Opening ceremony with a feast of blood. As they put it so well in a publication as sumptuous as Bloody Disgusting: “If you’re looking for a Nazi-killing gore-fest, then you’re bound to find something you like here”. In World War II, Hitler’s scientists have absolutely no doubts: “A thousand-year Reich needs thousand-year soldiers”. But if I was you I wouldn’t nose about too much because they also say in this production by J. J. Abrams and Bad Robot directed by the author of the Australian Son of a Gun (2014): “Some questions don’t have good answers”. The film will hit cinemas in the United States on November 9th. In other words, after screening at Sitges and opening San Sebastian.