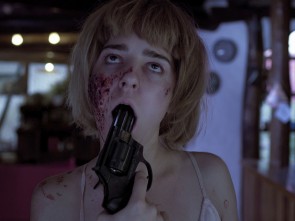 Before its screening at Mexico’s Morbido, Pablo Guisa, the festival director, spoke very clearly about this film by Chile’s Lucio A. Rojas: “Every year there are works so extreme and disturbing that we recommend you don’t watch them; this is one of those. Only give it a shot if you are mentally prepared to see high levels of torture, have a strong heart and good lining on your stomach”. At first it doesn’t seem to be too bad: four hikers are attacked in a house deep in the forest, standard stuff. The thing is that in its opening scene the film takes us back to the times of the Chilean dictatorship, making A Serbian Film (2010) look like a kids’ movie. The remainder of the footage is brutish, dirty and smells strongly of death. It’s doable though.