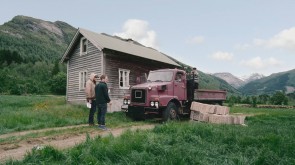 Knut-Ronny and Børje are carefree, living life one day at the time, but when Knut-Ronny receives a letter from the Library of God stating his life isn't important enough to be included in the Holy Collection, he has to prove his worth.