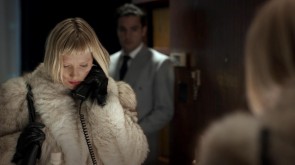 On the subject of Nicolas Pesce’s previous work, The Eyes of My Mother (2016), which was, of course, at the Festival, Rolling Stone wrote that it was “the season’s sickest art-horror movie”. This, his second independent offering to Horror has taken a stroll through Sundance, Rotterdam and Sitges and in its official synopsis tells us that the man who kisses his wife and infant son goodbye as he apparently leaves for a business trip in fact plans to check into a hotel, call an escort service and kill a prostitute. Made with priceless mastery, the movie stars Mia Wasikowska. Based on a dark novel by the “other” Marukami. Haruki no: Ryu. The photography is by the same cinematographer of She’s Lost Control (2015), Zachary Galler.