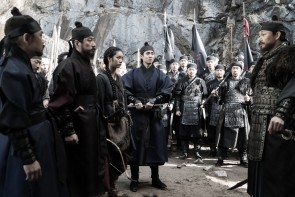 We love Korean cinema. Let’s not forget Train to Busan (2016) or The Host (2006). We now give the praise it deserves to this movie by Huh Jong-ho que, premiered in his country in September, effectively beating Searching (2018) and The Predator (2018) at the box office. We’re coming into the Joseon period, which lasted for five centuries and whose vital ideology and philosophy were those of Confucius. Known as the “hermit kingdom”, it fought off the Manchu and Japanese invaders. At the start of the dynasty, in the 16th century, a wild, cruel and gigantesque creature awakens. Monstrum will cause pain and panic, but the film telling his story shimmied triumphantly through a Sitges surprised by its fast, mobile camera which applauded its scenes of the masses. Watch out for the soundtrack by Mowg.