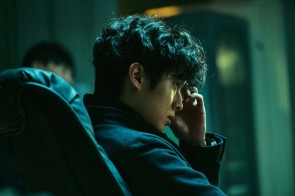 Is she a psychopath? A mutant? A superheroine? Maybe she's only a girl who's realising her power. Astonishing combination of revenge thriller –with a villain of strong James Bond-esque vibes thrown in– and drops of frenzied science, the film opens with a monumental scene of a doctor perpetrating a massacre on children. A surviving girl takes refuge in a farm. Time goes by and we accompany her to a singing competition... Later the film shifts to other dangerous paths, throwing us into myriad fights choreographed by consummate martial arts masters. Once again we find Mowg on the soundtrack, like in Monstrum (2018) and we must bow to a rising star: her, the actress Kim Da-mi.