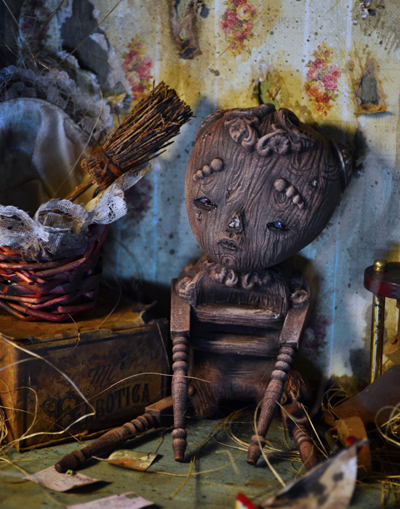 The Horror Festival 2018 dedicates an exhibition to the work of the Catalan artist Sandra Arteaga (Terrassa, Barcelona, 1980).

Hi, my name is Sandra Arteaga. I think I have existed since approximately 20th December 1980. I spend most of the time falling a lot, inventing creatures and turning them into dolls. Yeah.

I imagine that for some people this will be a horror expo movie with terrifying creatures and for others a fantasy expo movie with adorable creatures... That’s what always happens. Whatever the case, I hope that no-one will see it as an indifferent expo movie. Thanks for your attention.

Pandra (With the special intervention of Leotardo Da Calorinchi) 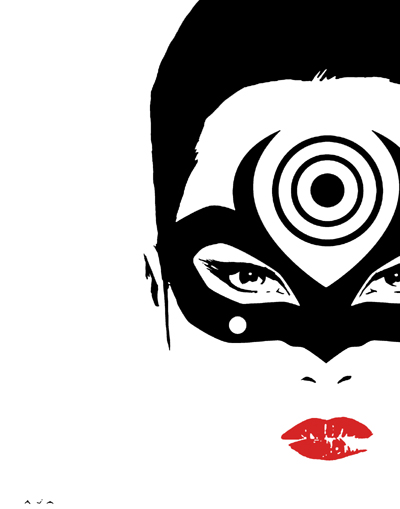 Superheroiak is an approach to the American superhero comics via the work of David Aja, a prolific author who has developed his career at Marvel Comics through numerous covers and comic strips of characters as popular as Iron Fist, Hawkeye, Wolverine, Daredevil or The Avengers.

David Aja has received five Eisner awards, the most important North American accolade of the ninth art, thereby setting him apart as one of the most avant-garde and original superhero creators of the last decade.

Aja is not an industry craftsman, but a true artist, since it’s not his technical command of the discipline that captures the attention in his work, but the added originality he brings to it, giving it a unique character. Perhaps the most obvious case is the eleventh issue of the Hawkeye series. Here the star of the show is Pizza Dog, pet of the superhero. In it, the story is completely narrated from the dog’s point of view.

This and other similar masterly touches prompted Karen Berger, mythical editor of DC Comics who created the Vertigo imprint to choose him for her new project, the Berger’s Books imprint, at Dark Horse Comics. Some pieces of The Seeds, the work with which he participates in this project, are included in this exhibition.

Given that David Aja is an artist who never sells his originals, this exhibition is a unique opportunity to observe the work of one of the best-known Spanish authors who has shown great skill in making the always difficult North American comic market his own. 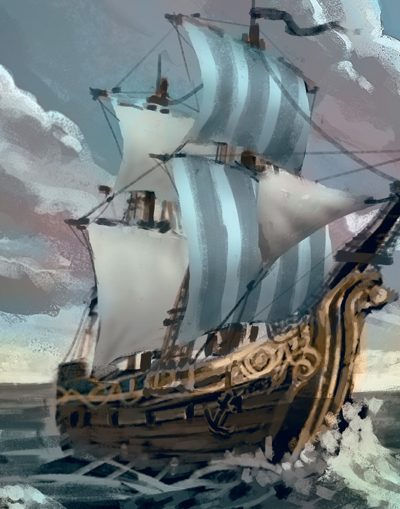 Patri de Blas and Álvaro Corcín are musgo, an illustration and design studio based in Pamplona from which they aim to fill bookshelves with illustrated books, containing tales and stories where magic and fantasy play the leading parts.

Through the illustrations, in the exhibition they will show us the worlds of Pequeños detectives de monstruos, Los Buscaduendes and Rising for the Throne, as well as a series of illustrations belonging to other fantasy universes drawn from their imagination.

From musgo they succeed in bringing fantasy to the youngest among us with works like Pequeños detectives de monstruos (published by Nosolorol), a role-playing game for boys and girls aged 3 and over where they have to find clues to discover the monster who’s causing problems; a game which will help them to overcome their fears and manage their emotions while playing. Or Los Buscaduendes(Nosolorol) where the participants play the role of children who live between two kingdoms, those of witches and wizards, helping those who need it and solving mysteries between magical creatures.

Rising for the Throne (Txarli Factori) is a dice and card game where the players compete to beat the other clans to the throne. All of the graphic material has been designed and illustrated by musgo, representing characters such as knights, warriors, beasts and dragons.

Welcome to the fantasy world of musgo, because the places where you find moss, like castles, menhirs and enchanted forests, still have an aura of magic which remains alive in our world, with fantastic creatures and legends that are just waiting to be given shape, and at musgo they want to illustrate and show them to all of us. 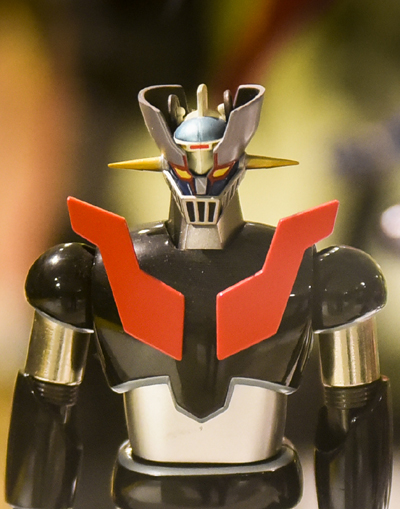 Together with the Horror and Fantasy Film Festival, Donostia Kultura presents the exhibition Mazinger Z.

Mazinger Z was a manga and anime series created by the Japanese illustrator and writer Go Nagai, which went on to become part of the popular culture of the time.

The exhibition is created with the Association of Friends of Mazinger Z and the collector and vice-president of the association, Miguel Ruiz.

The event has also been joined by the project Mi nombre es Koji, directed by David Muñoz, who has made a short film now screening on YouTube and a fanzine with the collaboration of several illustrators. Some of the drawings can be seen in this room.

The Basque artist Judas Arrieta collaborates with illustrations and an “art toy” sculpture. Also his are the design and atmosphere of the exhibition, which reflects his passion for the world of Mazinger. 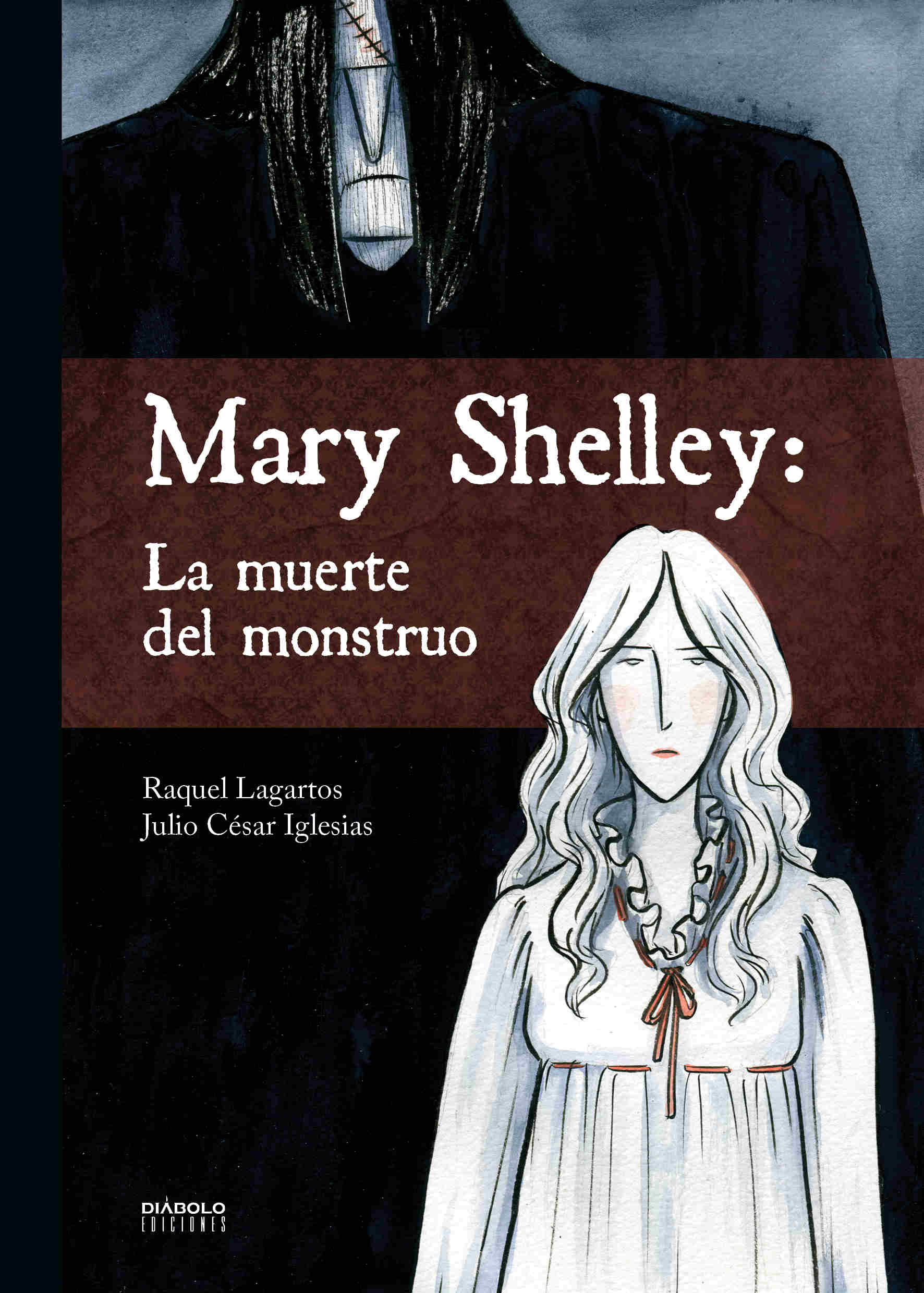 The year 2016 marked the 200th anniversary since the most famous literary reunion of all time. At Villa Diodati, under an ashen sky, Mary Shelley began writing a story that would change the face of monsters forever.

Mary Shelley: La muerte del monstruo is a story about the life and death of the creator and her creature. Based on the Victorian fascination with death, and the dark enthusiasm awakened by the possibility of using science to revive cadavers, the comic addresses Mary Shelley's complex psychology, marked by an ill-fated life. At a time when doctors were entitled to dig up any body, and families of the dead kept watch in cemeteries, Mary Shelley forces us to wonder about the true identity of Frankenstein's creature. Where does the creator's mind begin, and where does the monster's end? Who survives death?

Julio César Iglesias is a historian and scriptwriter. Raquel Lagartos is a sketcher and illustrator. They have published two graphic novels together: Mary Shelley: La muerte del monstruo (Diábolo Ediciones in Spain, Edizioni Piemme in Italy) and La hierba del estío (Diábolo Ediciones), and have participated in the collective work Frankenstein Resuturado (Ediciones Alrevés). They are currently preparing their third work. 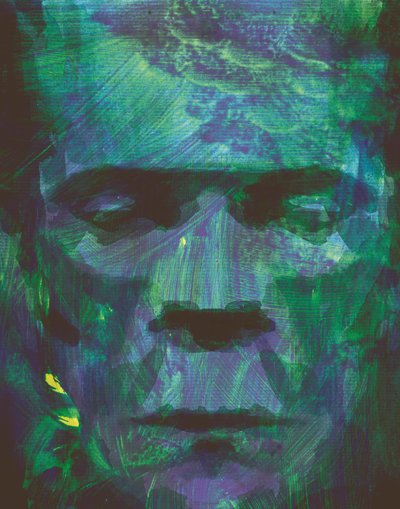 “You look into his eyes. They’ve told you that he can rip off limbs like matchsticks, but you’re not afraid. They’ve told you that he lies in wait for dim-sighted old folk. You wouldn’t think so. You know, from what you’ve heard, that he almost drowned a poor girl in the river. But no, he doesn’t look like a monster. You look back into his eyes. They’re closed. He’s looking inwards. Maybe you don’t think he looks like a monster, but he’s all too aware of the fact that that’s exactly what he is. He knows what he’s done. He’s got that sort of pop look that’s made him famous, much more than the torture, the mystery and the sensitivity of the romantic poets who helped bring him into the world. Lucia’s Frankenstein isn’t the monster you were looking for. He’s not something to laugh at or run away from, or someone you want to kill. He’s the monster you understand. He’s the monster you love. He seems to be deep in a storm perhaps raging at the bottom of the sea. And yet there he is, contemplative. Ignoring your judgement. He doesn’t want you to come near him. It’s for your own good”.

Through the Looking-Glass
Illustrations by Fernando Vicente 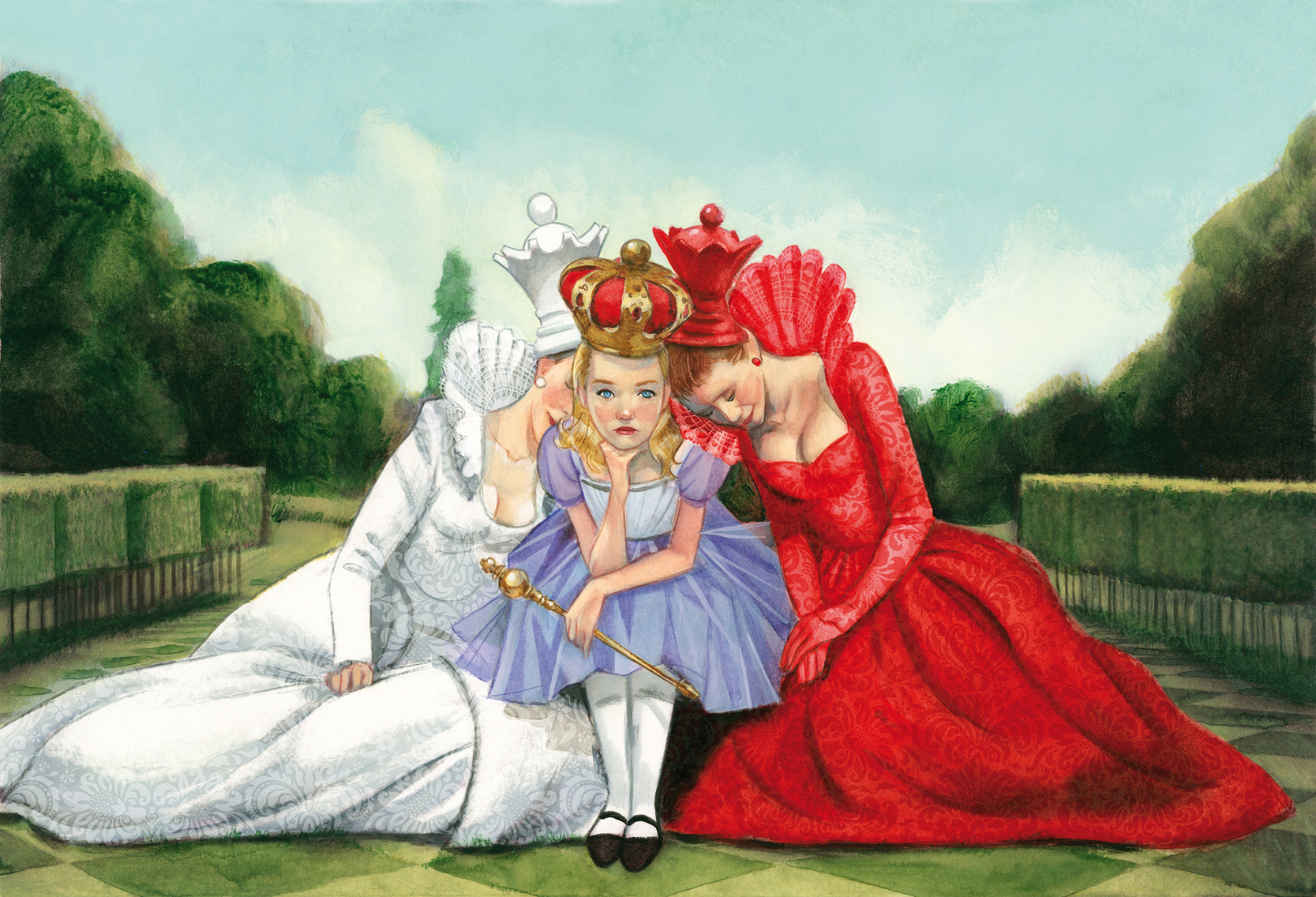 Through the Looking-Glass is the second part of Alice in Wonderland, a work written by Lewis Carroll six years after the first.

While it snows outside, Alice plays chess with her kitten Kitty, wondering what life would be like on the other side of the looking glass hanging on the living-room wall. She’ll be surprised to find that she can actually go through it. Another game of chess awaits her on the other side. This time she’ll play by her own rules: there flowers speak, unicorns fight with lions, time goes backwards...

Everything is possible in the back-to-front world, a world captured by Fernando Vicente (Madrid, 1963) in images, recreating with great beauty what is only possible in Lewis Carroll’s imagination.

He started working as an illustrator in the early 80s, collaborating with the defunct magazine, Madriz. He won the Laus de Oro illustration prize in 1990. He assiduously collaborates with the cultural supplement Babelia coming with the daily El País, from which he shows his most literary work every Saturday and where he has gradually fashioned his current style as an illustrator. This work earned him three Awards of Excellence from the Society for News Design. For the Nórdica publishing house he has illustrated, among other works, Poems for the Skies, The Communist Manifesto and A Study in Scarlet.