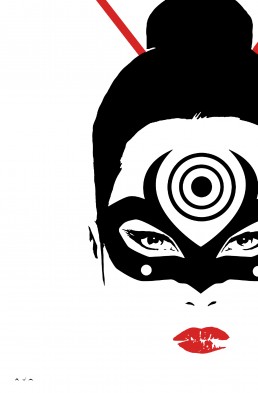 The exhibition Superheroiak – David Aja will be open between October 27th and December 8th at the Okendo Cultural Center.

Superheroiak is an approach to the American superhero comics via the work of David Aja, a prolific author who has developed his career at Marvel Comics through numerous covers and comic strips of characters as popular as Iron Fist, Hawkeye, Wolverine, Daredevil or The Avengers.

David Aja has received five Eisner awards, the most important North American accolade of the ninth art, thereby setting him apart as one of the most avant-garde and original superhero creators of the last decade.

Aja is not an industry craftsman, but a true artist, since it's not his technical command of the discipline that captures the attention in his work, but the added originality he brings to it, giving it a unique character. Perhaps the most obvious case is the eleventh issue of the Hawkeye series. Here the star of the show is Pizza Dog, pet of the superhero. In it, the story is completely narrated from the dog's point of view.

This and other similar masterly touches prompted Karen Berger, mythical editor of DC Comics who created the Vertigo imprint to choose him for her new project, the Berger's Books imprint, at Dark Horse Comics. Some pieces of The Seeds, the work with which he participates in this project, are included in this exhibition.

Given that David Aja is an artist who never sells his originals, this exhibition is a unique opportunity to observe the work of one of the best-known Spanish authors who has shown great skill in making the always difficult North American comic market his own.