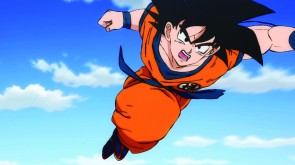 Peace has been restored on Earth following the Tournament of Power. After discovering that there are incredibly powerful beings in different universes that he has still not seen, Goku sets out to continue training to become even stronger. Then, one day, Goku and Vegeta encounter Broly, a Saiyan named Broly who they have never seen before. However, the Saiyans were supposed to have been virtually wiped out during the destruction of planet Vegeta, so what is he doing on Earth? Even Frieza, who is back from hell, gets involved in this encounter between three Saiyans who have followed completely different paths and that soon turns into a fierce battle against a warrior who seems to have no limits.