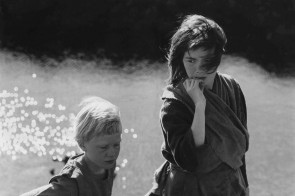 At the end of the Middle Ages, a young girl called Margit (played by singer Björk) and her older sister Katla flee to the mountains after their mother was burned for witchcraft. Both take refuge with Jóhann, a peasant widower who lives with his young son, Jónah. While Katla tries to seduce Jóhann, Margit and Jónas become good friends. But the son is convinced that Katla is a witch and he develops a deep hate for her. Meanwhile Margit has visions of her dead mother and takes refuge in an imaginary world... Based on the Grimm brothers' fairy tale The Juniper.