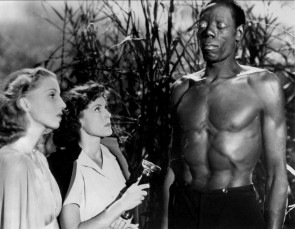 Young nurse, Betsy Connell, travels to San Sebastian, an island in the West Indies, to care for the wife of the owner of a sugar plantation, who suffers from a strange mental illness that doctors haven't been able to diagnose. Once there, her efforts to try to help her introduce her to the rites of voodoo. Jacques Tourneur directed his third and final film –Cat People (1942), The Leopard Man (1943)– within the extraordinary fantasy film cycle conceived by producer Val Lewton within RKO during the 1940s.