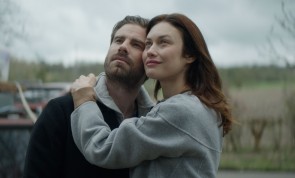 From the director who took Annecy by storm in 2006 with his film, Renaissance. He collaborated on this script with short film maker and also talented editor, Sabrina B. Karine We know that the premise will bring all types of problems for its leading characters: Matt and Kate have bought a house (you guessed it: in the middle of nowhere), which has a secret room... where everything you wish for comes true. You start off by jokingly wishing for champagne and you end up secretly wanting... a child. Perhaps because nobody ever said to be careful of making a wish to the gods or demons as it might very well end up coming true. This perfidious film won awards at the Festival of Bucheon, left everyone spooked at Neuchâtel and will be appearing at Strasbourg after having scared the daylights out of everyone at Sitges and Donostia.