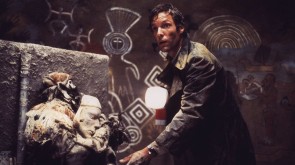 David Burton is a Sydney lawyer taking on the defence of a group of aboriginal people accused of having killed a man. They claim that they are innocent but refuse to defend themselves. David believes that they are afraid of something and throws himself into an investigation of their rites and traditions under their leader, Chris, who begins to appear frequently in his dreams. The third feature film directed by Peter Weir following The Cars That Ate Paris (1974) and Picnic at Hanging Rock (1975), which Richard Chamberlain won the best actor award for at the 1982 Sitges Film Festival.