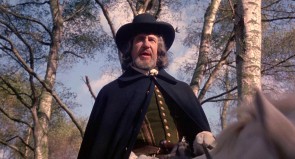 England is in the midst of upheaval during the mid-17th century, with the country divided between troops loyal to King Charles and supporters of Cromwell. The sadistic and cruel inquisitor Matthew Hopkins travels through the countryside torturing and executing people who are accused of being heretics or witches for no more than a mere suspicion, taking advantage of his power to abuse many young people. One day he goes to a town to investigate a parish priest accused of sorcery. His niece agrees to sleep with Hopkins to save his life, but the next day the priest is executed. Her boyfriend, one of Cromwell's troops, vows to seek revenge against the inquisitor in one of the most famous films from British folk horror of the 1970s.