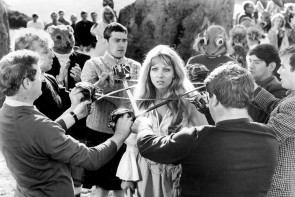 Investigating the disappearance of a girl, a police sergeant from Scotland Yard finds himself on the isolated island of Summerisle, located on the south-west coast of Scotland. Once there, he comes across all types of obstacles and difficulties in carrying out his work, due to not being exactly being welcomed with open arms by the local community. The more time he spends on the island, the stranger and more disconcerting everything seems to be. A British classic horror film from the 1970s which had a major influence on later horror films, based on the first novel by David Pinner, Ritual, written by Anthony Shaffer and directed by Robin Hardy, who could hardly be described as prolific (only three feature films under his belt).