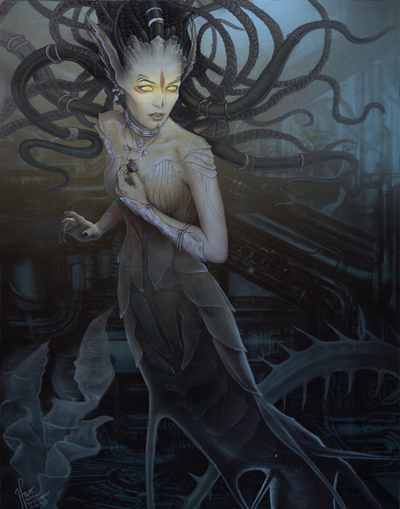 The designs of the Swiss artist HR Giger caused a revolution in the look of science fiction and horror movies with his collaboration on Alien (1979). However, as we saw in the extensive retrospective dedicated to him in San Sebastian’s Kubo-Kutxa Gallery in 2019, his work is much more than Alien, extending to numerous disciplines including painting, sculpture, illustration as well as furniture and architectural design. Giger developed a striking creative universe by means of images packed with biomechanical monsters, satanic gods and gothic landscapes which have unquestionably exercised enormous influence among emerging artists from all parts.

The collective exhibition Creators of Legends – Homage to HR Giger unites artists from Mexico, the United States, Australia, Spain, Poland and Germany who, taking their inspiration from HR Giger’s work, develop their own creations in the field of painting, sculpture, drawing and photography.

This international travelling exhibition visits Spain for the first time after having made its way to numerous cities in Mexico, Switzerland and Germany. Precisely in 2019, with the 40th anniversary of Alien, the exhibition comes with an art installation intitled Bestiary of Orion, taking its inspiration from the laboratory of the android David, one of the lead characters in the film Alien: Covenant (2017), where a space is created that merges fiction, science and art in a rather disturbing fashion

Paul Naschy
An autobiography in images 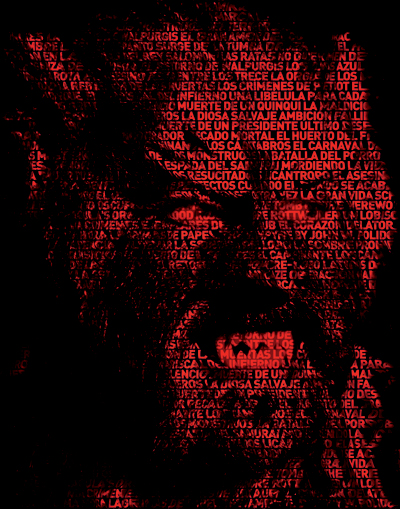 This exhibition is, without a doubt, the most complete and extensive recognition ever made of the life and professional career of Paul Naschy (Jacinto Molina Álvarez, 1934-2009). The event will also feature, thanks to the kind support of his widow, Elvira Primavera, and of his sons, Sergio and Bruno, a loan made by the family including the personal archive of the figure receiving the tribute, meaning that you will be able to enjoy materials never exhibited before, from the incredibly beautiful scrapbooks to his actual office desk.

Paul Naschy is one of the most important figures in the history of European fantasy movies. The exhibition looks at his prolific career from start to finish, from his first works as an excellent illustrator of album covers, his brief but curious period as an author of pulp western novels, and of course his extremely successful weightlifting career, to his last appearances on the big screen. However, the bulk of the show will obviously focus on his enormous and forever-remembered contribution to Spanish cinema, as a producer of more than 20 titles, countless screenplays and more than a hundred credits as an actor, having embodied over several decades, from the seventies onwards, the leading myths of classic horror movies, making him an icon of the genre, international respected and acclaimed.

The exhibition will offer the added attraction of presenting, for the first time, content coming from the storage facilities and archives of the artists and professionals who worked with him in the props, wardrobe, makeup, special effects departments, etc. Mythical companies and names such as Vázquez Hermanos, Cornejo, Molina FX and the makeup artists Julián Ruiz, Miguel Sesé, Ángel Luis de Diego and Fernando Florido, together with illustrations, comic strips, designs, posters and sketches created by José Sanchis, Gumersindo Andrés López, Jano, Antonio Gracia José “Pierrot” and a long list of unforgettable authors. 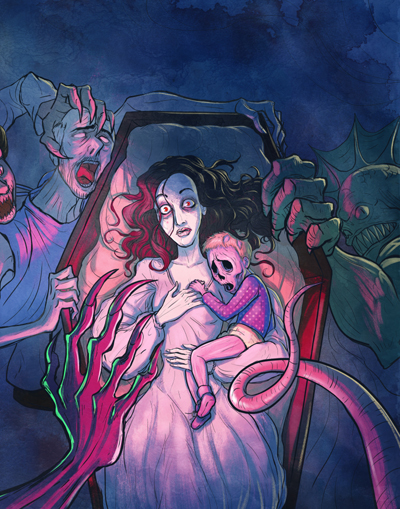 This exhibition, which focuses on the work Ajuar funerario, allows you to travel deep into the core of famed writer Fernando Iwasaki’s flash fiction, a book consisting of vignettes produced by screenwriter Imanol Ortiz and cartoonist Beñat Olea. This comic contains 18 short stories that apart from paying tribute to its author, also celebrate the horror genre.

The exhibition is full of images of the dead, children and monsters in an endless array of colours and shades, allowing you to witness the process involved in creating some of their pages, from the initial sketching to the later addition of the ink before the final colouring. This is followed by other works from cartoonist Beñat Olea in an insight of his different illustrations for stories, novels and even video games, in which fantasy is a constant theme.

Following his graduation in Fine Arts from the Leioa campus, he moved to Barcelona to combine his graphic design work with that of freelance illustrator. His illustrations have been featured in international publications (ImagineFX, Graffito Books, Lisbon Labs) and in collective exhibitions at BEC in Barcelona and the Parallax Art Fair in London. He illustrates children's stories, paints commissioned portraits and worked as artistic director on the CrystaizerGames video games indie study. Ajuar funerario is his first foray into the comic strip world.

The fantastic art of Roland Topor 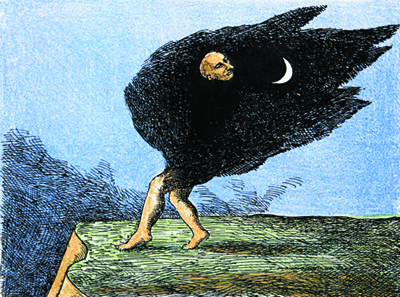 Roland Topor is one of the most personal artists of the French art produced in the second half of the twentieth century. He began his professional career as an illustrator in satirical French publications from the late 50s, such as Bizarre, Harakiri, etc. He met André Breton and ventured to join the surrealist movement but was soon disillusioned by the fact that it had lost its original strength and was limited by vast swathes of rules with which he felt no affinity. As a reaction to said disillusion, in 1962, with his friends Fernando Arrabal, Alejandro Jodorowsky, Jacques Sternberg and Olivier O. Olivier, he founded the now hugely famous Panic Movement, heir to the imagination and talent of the surrealist group and the Dada scene and which, mirroring the festive spirit of the god Pan, brought a breath of fresh air to the French avant garde of the second half of the 20th century, rapidly associating itself to the Parisian underground culture and directly connecting with the events of May ’68 in France.

A man of extremely restless mind, Topor applied his fertile imagination to all fields within his reach, enjoying remarkable success in all of them. His literary work was published all over Europe, and his novel The Tenant (1964) became a bestseller in its day, even being adapted to the cinema by Roman Polanski. In films, he participated in the art direction of Federico Fellini’s Casanova (1976), playing the part of the “insane Renfield” in Nosferatu (1979) by Werner Herzog and going as far as to carry off the Gran Prix du Jury at the Cannes Festival for the film Fantastic Planet (1973), produced in collaboration with the animator René Laloux. 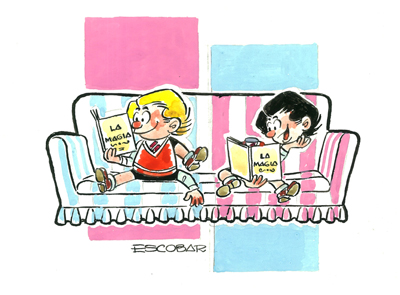 It is amazing to see how these mischievous twins never age. They would be more than 70 by now, but as we can see in these original works, they have not lost even one strand of the hair for which they are so well-known.

The most important characters of the great Josep Escobar i Saliente have become protagonists of an important part of our comedy history through nearly 10,000 pages produced one after the other, which made them major parts of the life of many generations.

Twenty-five years have passed since the passing of their creator, and Escobar’s family is presenting a part of his private collection to remind us of Zipi and Zape’s enviable health. 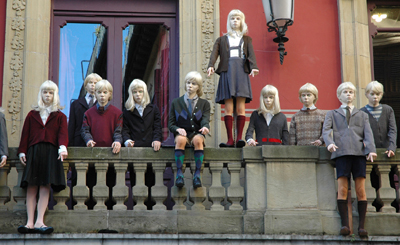 A look back over the last 30 years of the Festival through the photographs taken by professionals and spectators throughout the last three decades. Times that have become history, and unforgettable characters that have been paraded through the Teatro Principal. A trip back in time. 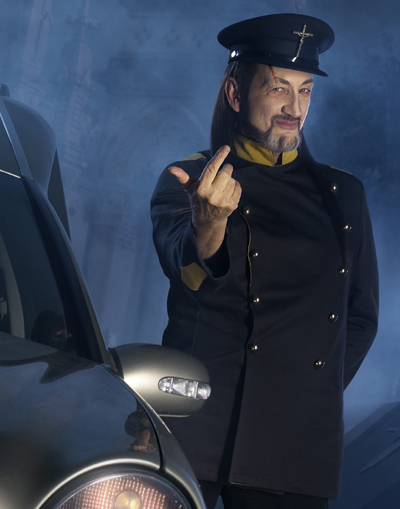 The unorthodox Festival has been taking over our city for 30 years, a celebration of one of the liveliest genres in film: fantasy. Most of the official posters over its history have reflected this playful mood. They were designed for several years by the Art&maña studio (1991-2002), and later by Ytantos since 2003. Many popular faces from the show have also been displayed as ambassadors for our festival with the photos of José Luis López de Zubiria (15 between 1998 and 2015), Pedro Usabiaga (4) and Asís G. Ayerbe (2), including Santiago Segura, Elsa Pataky, Alaska, Robert Englund, Manuela Vellés and Mario Vaquerizo. Our faithful fans from Teatro Principal are this year's protagonists.