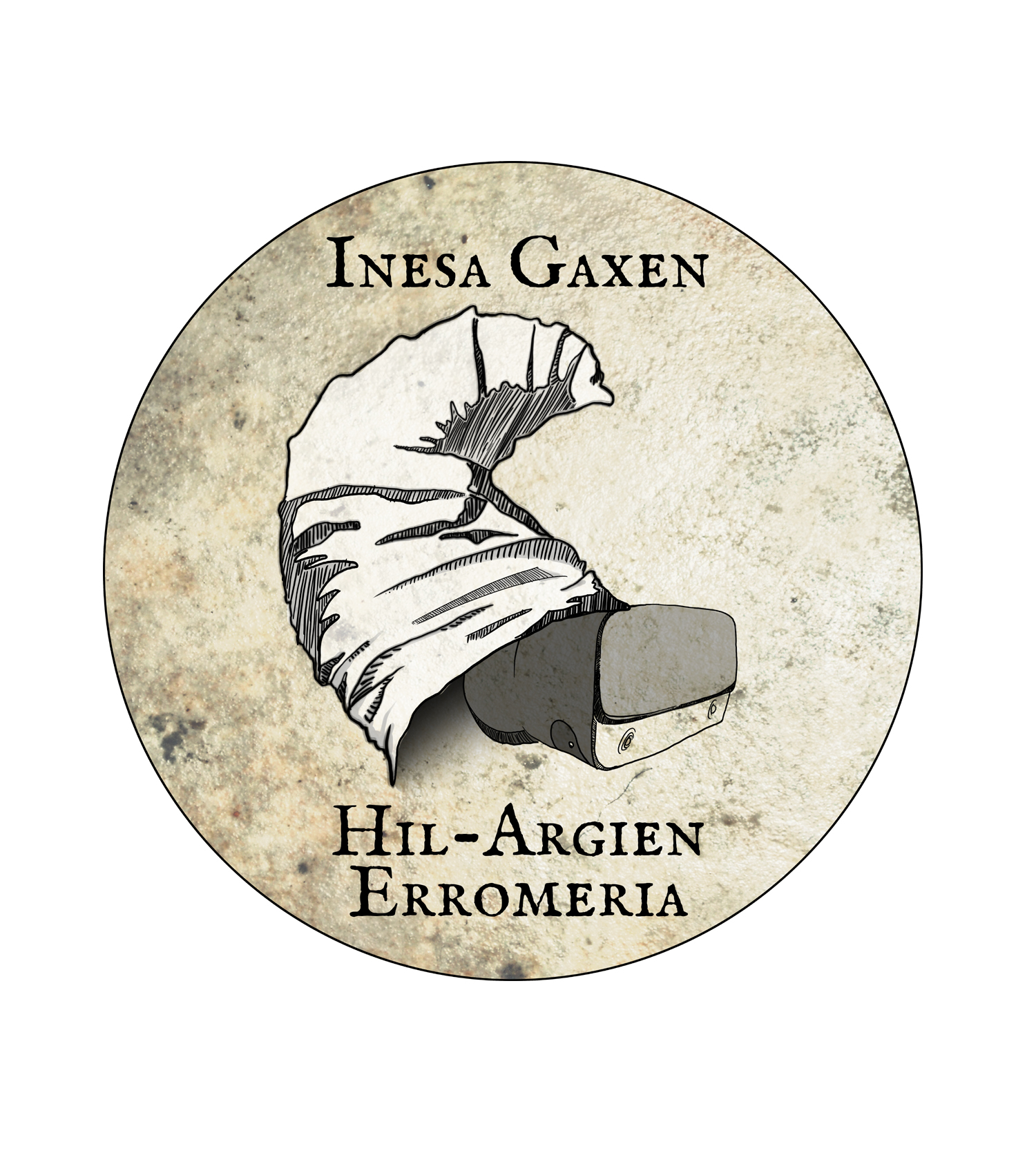 1609. The Holy Inquisition continues its cruel crusade against so-called witchcraft. One of the most infamous inquisitors was Pierre de Lancre, who would go down in history as being responsible for the execution of 200 people. Inesa Gaxen, a young woman who was only 18 years old at the time, is among those accused of witchcraft.

Inesa Gaxen went down in history for defending herself against each of the witchcraft accusations thrown at her. For protesting against Lancre’s brutal misogyny to the point of silencing it. And for fighting against the inquisitorial system until she was declared innocent by the same unjust and cruel system.

410 years from the start of her story, we would like to pay a heartfelt tribute… with her as the icon... And a good dose of blasphemy, sympathy for the devil and taste for the dark souls and arts. All in an extremely folk-pagan style. In short, just as the Holy Inquisition would have liked.

The TxuTxu train turns into a Ghost Train as if by magic in honour of Inesa Gaxen. The first 50 people in fancy-dress that turn up have the privilege of taking part in a tour through our unrivalled setting, just before the family film that starts at 12 p.m. a Victoria Eugenia. Children will be given preference if there are more people than spaces.

It is important for traditions to not get lost as well as being shared by the whole family. This has inspired our series of outdoor sports activities, with the refreshing scent of corpses no longer in one piece. The exhumation of corpses has never been so much fun!

We continue with the theme of digging up, but this time, those who are alive and kicking. Just like every other year, this make-up workshop opens the doors of the catacombs and offers post-mortem makeup, both ethereal and physical. Or rather, that of ghosts and skeletons.

The peregrination of lost souls

Every pilgrimage needs its pilgrims. And ours will be no different. The lost-souls procession will make its way to our ephemeral shrine, located at the Boulevard bandstand. Homage will be paid to Inesa with an unusual ritual of malignant music and movement.

Crossing the boundary separating the world of the living and that of the dead, a time will come to communicate with Inesa de Gaxen herself, in other words, to invoke her. This will be done with the most prestigious fortune teller, medium and clairvoyant in our midst: the great Conchita Tou.

Do you like to party? Move your skeleton to the rhythm of ours. Are you the type who prefers to stay on the edge of the dancefloor? We bet you won't be able to resist taking dipping your toe into the hypnotic dance of death.

And there will be a second round at the l Super Amara in the Antiguo neighbourhood for anyone who could not participate in the opening day fancy-dress workshop. We look forward to welcoming anyone who wishes to make themselves look like a real ghost. Become a ghost or skeleton!