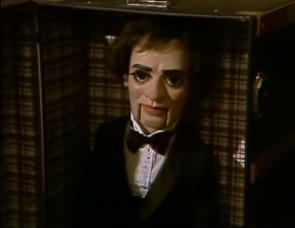 First episode in the last season of the mythical TVE series created and directed by Chicho Ibáñez Serrador Historias para no dormir, which was cut down to only four episodes. A down-at-heel vaudeville company is touring in a French province. A mysterious Hungarian fortune-teller, a conjurer with a criminal record, a singer in full artistic decline, a ventriloquist who works with his dummy Freddy and other artists make up this troupe that sees itself caught up in a series of crimes committed in the theatre.