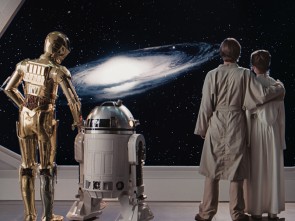 Considered by millions of fans all over the world to be the best movie in the saga, Star Wars: Episode V – The Empire Strikes Back, second film in the first galactic trilogy, follows the adventures of Luke Skywalker, Princess Leia and Han Solo in their struggle against the forces of Evil commanded by Darth Vader. The San Sebastian Horror and Fantasy Film Festival, with the collaboration of Big Bang Zinema and The Pink Force Foundation, has organised a special double screening of The Empire Strikes Back at the Principal Theatre, commemorating the 40th anniversary of its release.

Tickets (€7.50) can be purchased from Friday October 16 at 11:30 from the Principal and Victoria Eugenia theatre ticket offices and the Donostia Kultura website.