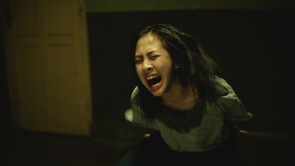 The most dyed-in-the-wool blogs describe the Mo Brothers as "the jewel in the crown of Indonesian horror". They insist that their movies are crude, violent, but with no lack of humour, and place their influence (where else?) in the States and Japan. The Mo Brothers are Timo Tjahjanto and Kimo Stamboel. The latter now brings his second solo work to the Festival (last year he screened his first, DreadOut). Both he and we are on familiar ground: a former orphanage. That's where we'll feast on a banquet of worms, abuse, anorexics who jettison their non-existent spare tyres, kids who are shot at (only lead pellets, no worries). They say Freddy Krueger's spirit lurks nearby. Just like that of Clive Baker. The more the better!