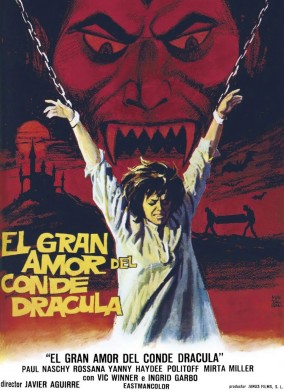 When a stagecoach travelling through Transylvania has an accident, four women and a man head for a large house to seek help. There they are welcomed by Dr Wendell, who invites them into his home for the time it takes to solve the problem. But in fact he is Count Dracula, played by Paul Naschy (who had the original idea for the film and co-wrote the screenplay), meaning that their stay will be drenched in blood.

With this screening, the Horror and Fantasy Film Festival and Filmoteca Vasca wish to pay tribute to the filmmaker from San Sebastian, Javier Aguirre, who passed away some months ago.