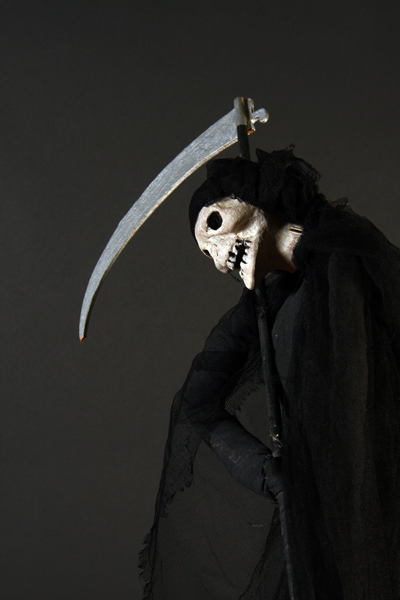 Fantasy Beings is an exhibition designed ad hoc by Tolosa’s Topic Museum for the San Sebastian Horror and Fantasy Film Festival. The exhibition features 80 puppets, half of which have never been exhibited before and emerge for the first time from the Topic storerooms eager to “make their debut in society” as museum pieces.

Topic is Tolosa’s International Puppet Centre. Opened in November 2009, it is a singular, attractive and interesting project devoted to the imagination, innovation and originality. It is the only one of its kind in all Europe completely dedicated to the art of puppetry.

“We’ve turned all the storerooms upside-down to find the perfect and appropriate pieces, something which is an exciting challenge and task, because you always come across the odd puppet that had been forgotten or realise that at last you have the possibility to reveal those which were not quite so aesthetically fortunate when they were created and, perhaps for this reason, had been relegated to a less prominent place”. 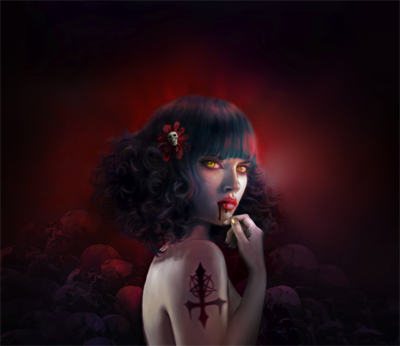 Sarima is the pseudonym as illustrator of Marisa López, the result of reversing the order of the syllables making up her name. Resident and native of Bilbao, she is a digital illustrator, graphic designer and teacher. She has produced myriad fantasy beings and worlds: elves, witches, Basque mythological beings, fairies, fauns, sorcerers, female warriors… magical creatures of all kinds born from her imagination to make our dreams even richer. We will visit her illustrations for Ilunabar: Magic Fables, her delightful covers for the books by writer Pedro Urvi, and many other creations produced for different publications.

Sarima is mainly dedicated to editorial illustration as a creator of covers for both publishing houses and independent writers. Her illustration The Counselor was selected by director George Lucas to head the digital illustration section at his Chicago museum's web. In 2011 she brought out her first book as an author and illustrator, Ilunabar: Magic Fables, with the publishing house Dibbuks. She has participated as a character designer and final artist in the MMORPG Black Age Online and in the game Battle for Gea by Iron Belt studios. In 2009 she received the Mallorca Fantástica Illustration Prize. Several of her illustrations have been selected for Exotique and Expose, annual publications by Ballistic Publishing, which feature the best work by digital artists from all over the world. She has been the art director of the fantasy magazine Imaginarios. 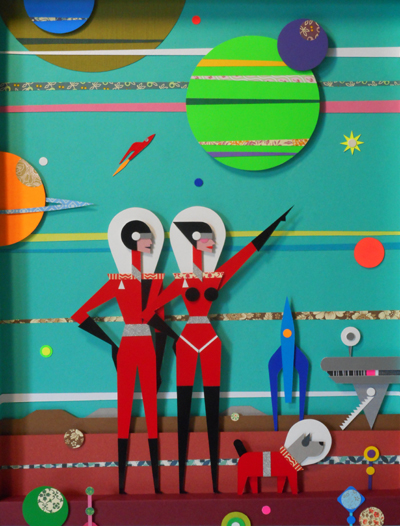 The elegant future is an aesthetic-metaphysical graphic proposal of a world in its kindest and simplest perfection. TEF is a stylised, weightless and poetically delineated idealisation integrating beings, atmospheres and machines, in a harmonious functionality modelled with the good taste of Streamline design, and the hedonistic and ductile plasticity of classic toys.

Elegant human prototypes move in delightful electromagnetic aeromobiles, inhabit graceful floating houses where the comfort of the shapes and the colours promise sensory pleasures which in our imperfect present we are only capable of perceiving; and they explore sectors of the cosmos and of the mind with philosophical curiosity, places that expand the inhabitable horizon of ideas, progress and new projects.

The elegant future is the Utopian fancy of a beautiful, pleasant and warm experiential life; it is a projection, a path, a desire for a structural, formal and ethical society, more human, free, and fair. TEF is a fantasy born of the candid paper dreams of a “child” artist who refuses to grow up, and who resists selling his soul to the prosaic machinery of crushing reality; a reality which, at the end of the day, can be altered and redesigned in as many varied and lucid manners as beautiful human spirits inhabit and will inhabit the world. 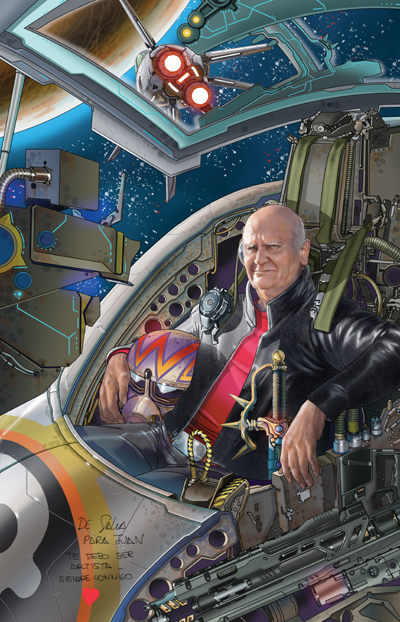 A heartfelt tribute to the fabulous Argentinian strip cartoonist and illustrator, author of works recognised all over the world, including The Forth Power, City and The Caste of the Meta-Barons, who was sadly taken away from us in April by Covid-19. The San Sebastian Horror and Fantasy Film Festival presents, in collaboration with Fnac, this exhibition organised by Curtas Festival do Imaxinario in Vilagarcía de Arousa and the Spanish Association of Friends of the Comic. Eternal Juan Giménez unites friends and professional colleagues, all leading names in the field of illustration and comic, such as Salvador Larroca, Ángel Unzueta, Pascual Ferry and Jesús Merino.