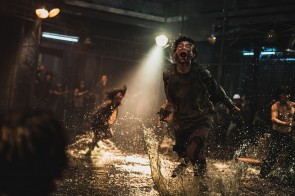 Peninsula is the sequel of the frantic Train to Busan (2016), winner of the Audience Award at the Festival that same year. Directed like its predecessor by Yeon Sang-ho, the movie had its release this summer in South Korea and has become a huge box-office hit.

The action takes place four years after the events narrated in Train to Busan. The plague has spread and has ravaged the whole country, now devastated, and inhabited by unruly hungry zombies who have taken control of the peninsula. A former soldier who managed to escape from the early days of the epidemic in the infected zone must now go back there.