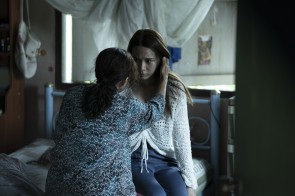 When Apichatpong Weerasethakul went to Colombia with Tilda Swinton to shoot the surprising and fêted Memoria (2021), he left enough space in Thailand for Banjong Pisanthanakun, author of Shutter (2004) and of the odd segment of The ABCs of Death (2012), to get up to his nonsense. And in this case "his nonsense" means a tale of shamanism in a dark paradise inhabited not only by the spirits of the dead but also by those of the trees, the rivers, the beasts, the rice paddies. Where, if you ask them"who are you", a creature that may be a goddess or a devil responds: "who do you think I am?". By the way, the producer too has standing and majesty: Na Hong-jin, director of The Wailing (2016).