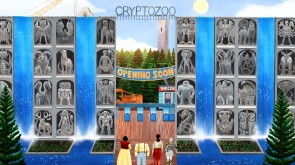 "Daring. Tender. Intelligent". That's how the USA describes the work of Dash Shaw, a writer, illustrator, controversial poet and visual artist, former member of a very strange pop group going by the name of Love Eats Brains!, exactly like one of his thrilling comics, the one subtitled A Zombie Romance. His films are lyrical, emotional, biologically diverse; one of them, from 2016, has the title My Entire High School Sinking Into the Sea. Dash brings another of his adult, exquisite, erotic animated proposals to the Festival. A procession of fauns, satyrs, couples who fornicate in the woods, unicorns, mythical creatures exploited by some, saved by others... Dash's movie makes love with Chaos and embraces the epic-moral sense of animation.