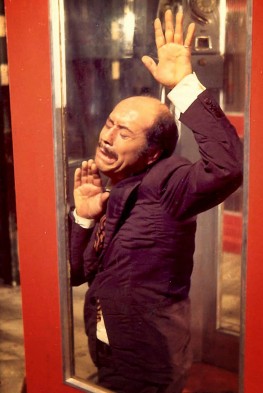 A team of workmen install a telephone box in a town square and a man enters to place a call. The door closes, trapping him inside. Several passers-by try to help him, but to no avail. A crowd gathers. One of Spain's all-time horror movie classics, written by José Luis Garci and Antonio Mercero and directed by the latter. Aired on 13th December 1972 on TVE's channel 1, the film was an enormous success, receiving numerous international awards. Since then, anyone entering a phone box does so with more than a little trepidation.