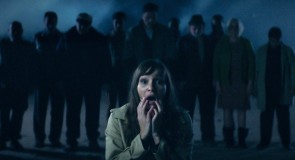 Keating, author of Darling (2015) (with Sean Young!), Carnage Park (2016) and Psychopaths (2017) hails from Florida and knows perfectly that when summer ends, the tourists leave, the beaches empty, the autumn mists rise from the sea and the dunes are no longer quite as paradisiacal. That's the starting point of this movie in which Jocelin Donahue –The House of the Devil (2009), Insidious: Chapter 2 (2013), Doctor Sleep (2019)– travels to a desolate island after receiving a mysterious letter informing her that her mother's grave has been vandalised. Someone wrote that this film looks as if Rob Zombie had signed a remake of Dead & Buried (1981). Whatever the case, the atmosphere gradually thickens and trepidation is guaranteed. Among other reasons, thanks to the sound design.