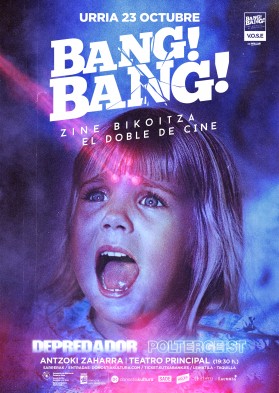 The CIA hires a group of mercenaries to rescue pilots taken prisoners by guerrilla fighters in the Central American jungle. Although the mission is a success, while making their way back they realise that something strange and invisible is picking them off one at a time. That something turns out to be an extra-terrestrial hunter who collects his victims' skulls like trophies. An 80s sci-fi classic starring Arnold Schwarzenegger and Carl Weathers which has engendered countless sequels.

The Freeling family live in a Californian suburb in what seems to be a normal house. Everything changes when Carol Anne, the youngest member of the family, is the first to come into contact with the spirits in the house via the TV set. One of the most famous horror movies from the 80s directed by Tobe Hooper. The legend came later.