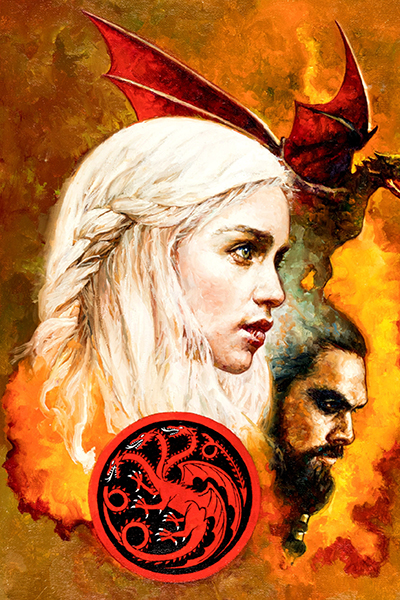 The Festival and the Corner4art Gallery in Sitges (Barcelona) present an exhibition dedicated to Barcelona illustrator, Manuel Sanjulián (1941). About a hundred of Sanjulián's works will be on display at this exhibition.

The exhibition includes the première of the documentary Sanjulián, The Power of Illustration (2021), directed by David García Sariñena, which can be watched throughout the exhibition.

After he started off his career trying to make it as a scriptwriter and cartoonist of syndicated comic strips, Sanjulián found his niche in illustrations for the foreign market. This professional context gave him freedom of expression and allowed him to apply both his mastery in oil painting techniques and his expressive detail. His art is a mixture of influences, from Hal Foster to Diego Velázquez, and on to Frank Frazetta and Francisco de Goya, to name a few. And it blossoms into an imaginative explosion where both his distinctive use of colours and the care applied in the composition and the arrangement of the figures in particular shine on the painting.

Euskadi Fantastikoa 17
asisKo: Under the power of flames, are witches the hunt?* 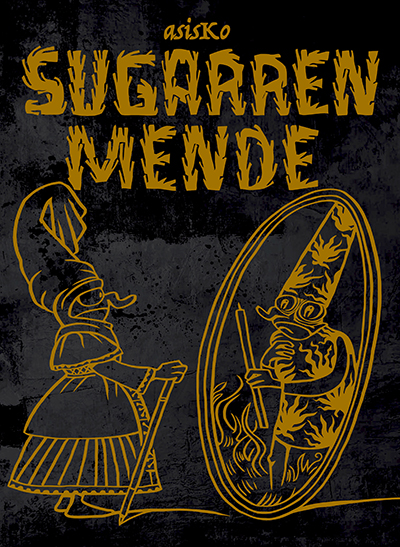 Asisko Urmeneta Otsoa Errarteko, asisKo (Pamplona, 1965), has always moved comfortably in both his personal work and in his collective projects. The bearer of a strong artistic personality, he has achieved a long and productive career which he continues to nurture today immersed in new creative projects.

The responsibility towards oppressed languages and cultures has been a constant in his work. In fact, the main body of his output has been constructed from the angle of the Basque language. "In a people that is invaded, the use of their language, and not that of the colonizer, is an act of resistance", he once explained, taking the words of Camus and, in this respect, his work has always maintained absolute coherence.

Coherent yes, responsible yes, but also sardonic. That's another important side of asisKo when looking at and interpreting the world. Oh, if only taking the mickey were an Olympic sport... 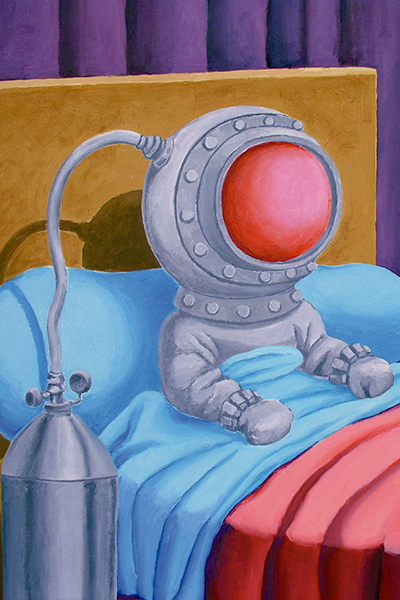 Simonides works seem to ask: What is wrong with the world? His subject matter is "unreal" or seems to be based on emphasizing a perspective fixated on the absurd aspects of some of the realities that are reflected and shake us every day. The expressionism of difference. Simonides captures the absurd side of everyday occurrences.

Simonides' oil paintings are like huge vignettes open to cleaning, honestly, willing to demonstrate the goings-on of the absurd with neither tricks nor concessions. We are before Simonides' profound point of view. We invite you to share it. 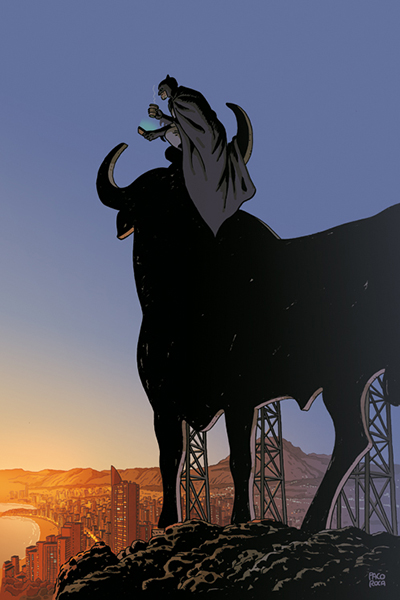 For years Batman has been fighting crime in the dark and devious confines of Gotham City. But looking beyond the bridges, the alleys and the skyscrapers, he realises that justice respects no borders and that evil forces are ubiquitous. And whenever Bruce Wayne travels to other countries, Batman goes with him to quell all roguish outbreaks. Anywhere he goes, he's always the Dark Knight!

Batman: El mundo is an international graphic novel bringing unpublished tales of the Dark Night from across 14 countries. The award-winning Paco Roca (National Comic Award 2008, Eisner Award 2020 for best U.S. edition of international material, among a slew of other accolades) is the author responsible for the tale set in Benidorm.

Visitors to the exhibition will be able to take a close look at the creative process behind this work thanks to some twenty original pages and sketches.