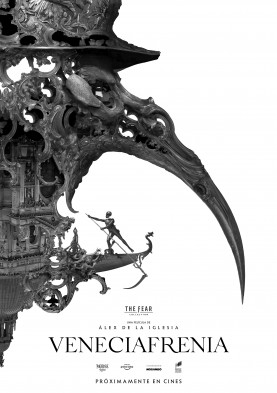 Álex de la Iglesia's latest movie, Veneciafrenia (2021), will make its debut on 29 October at the 32nd San Sebastián Horror and Fantasy Film Festival, which will run from 29 October to 5 November at the Principal and Victoria Eugenia theatres as well as other venues across the city.

There is an unbreakable association between beauty and death in nature. Human beings imitate what they see around them. Just like mosquitoes attracted to the brightest light, tourists are snuffing out the light of the most beautiful city on the planet. The distress of recent decades has unleashed anger among the Venetians. Faced with this invasion, some have organised themselves with their instinct for survival coming to the surface. A group of Spanish tourists travel to Venice to have a good time, oblivious to the problems in their midst. Once there, they will be forced to fight to save their own lives.