The exhibition "Sanjulián – Master of fantasy art" is open at Okendo C. C. 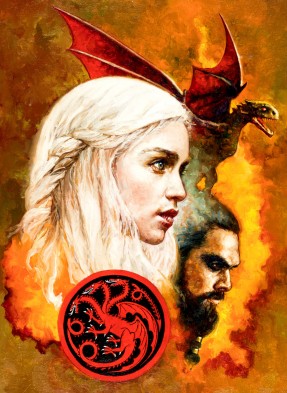 The 32nd San Sebastián Horror and Fantasy Film Festival and the Corner4art Gallery in Sitges (Barcelona) present an exhibition dedicated to Barcelona illustrator, Manuel Sanjulián (1941). About a hundred of Sanjulián's works will be on display at this exhibition, which opens on 27 September at the Okendo Cultural Centre and will run until 13 November.

Sanjulián himself will pay a visit to San Sebastian to discuss his work with the public during the 32nd Horror Festival, which will run from 29 October to 5 November.

The exhibition includes the première of the documentary Sanjulián, el poder de la ilustración (2021), directed by David García Sariñena, which can be watched throughout the exhibition.

You are bound to have come across an illustration by Manuel Pérez-Sanjulián Clemente, better known as Sanjulián, at some point. Even if you didn't know it was by him, it would have certainly left an impression on you. This is how his art could be described: visceral, impactful, compelling. And yet, he was barely given a mention in Spain when his work for the US market was becoming known through magazines such as Dossier Negro, Vampus and Rufus. Publications that edited original Warren Publishing material during the 70s (while, of course, being always filtered by the omnipresent censorship of the time).

After he started off his career trying to make it as a scriptwriter and cartoonist of syndicated comic strips, Sanjulián found his niche in illustrations for the foreign market. This professional context gave him freedom of expression (and, by proxy, the chance to introduce erotic details that were a no-no for Francoist Spain) and allowed him to apply both his mastery in oil painting techniques and his expressive detail. His art is a mixture of influences, from Hal Foster to Diego Velázquez, and on to Frank Frazetta and Francisco de Goya, to name a few. And it blossoms into an imaginative explosion where both his distinctive use of colours and the care applied in the composition and the arrangement of the figures in particular shine on the painting.

However, the true greatness of the figure of Sanjulián should not be overlooked when fondly (and somewhat nostalgically) looking back at his time spent at Warren. And like any good illustrator, his style, which remains personal and recognisable, is able to adapt and be tempered to more accurately reflect the spirit of the materials used. That makes his Conan, while influenced by Frazetta who he held in such high regard, an absolutely undeniable Conan. In the same way as his approaches to the Western terrain (dry, succinct) distil a love for both gender and cinema in general, both of which are difficult to replicate. A personal and professional relationship with the Seventh Art stemming from his early work within Hispano Foxfilm. This experience planted the seeds for the composition of his movie posters, his style by then very developed, that stood out in his design for The Empire Strikes Back (1980) or in any of his collaborations with Juan Piquer Simón.