The period for submitting works for the 2nd edition of the Oihua! competition for short film projects is now open 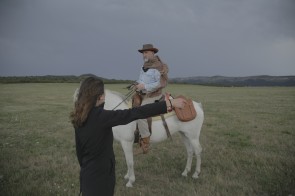 Oihua! was born in 2019, organized by Donostia Kultura, Servicio Municipal de Euskara and San Sebastian-Gipuzkoa Film Commission. In the first edition the award was given to the short film project Zerua hautsi zen gaua, directed by María Fontán. In this second edition, the director Maider Oleaga will be the supervisor of the awarded project.

Oihua! was born to promote the creation of screenplays in Basque for fantastic and horror short films. The winner project will be produced advised by Larrotxene Bideo. The film will be premiered at the 33rd San Sebastian Horror and Fantasy Film Festival (2022).