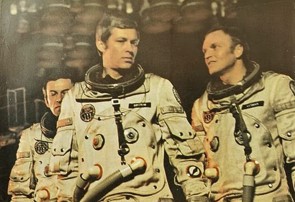 The 32nd Horror and Fantasy Film Festival and the Polish Institute of Culture in Madrid, with the collaboration of the Polish Film Institute and Tabakalera, have organised a season of screenings dedicated to the Polish sci-fi writer Stanisław Lem in the year celebrating the centenary of his birth.

In San Sebastian, from October 31st to November 2nd, Tabakalera will run screenings of the feature films Hospital of the Transfiguration (1978) and Pilot Pirx's Inquest (1978), in addition to a session of five shorts.

Jesús Palacios and Begoña del Teso will introduce the showings.