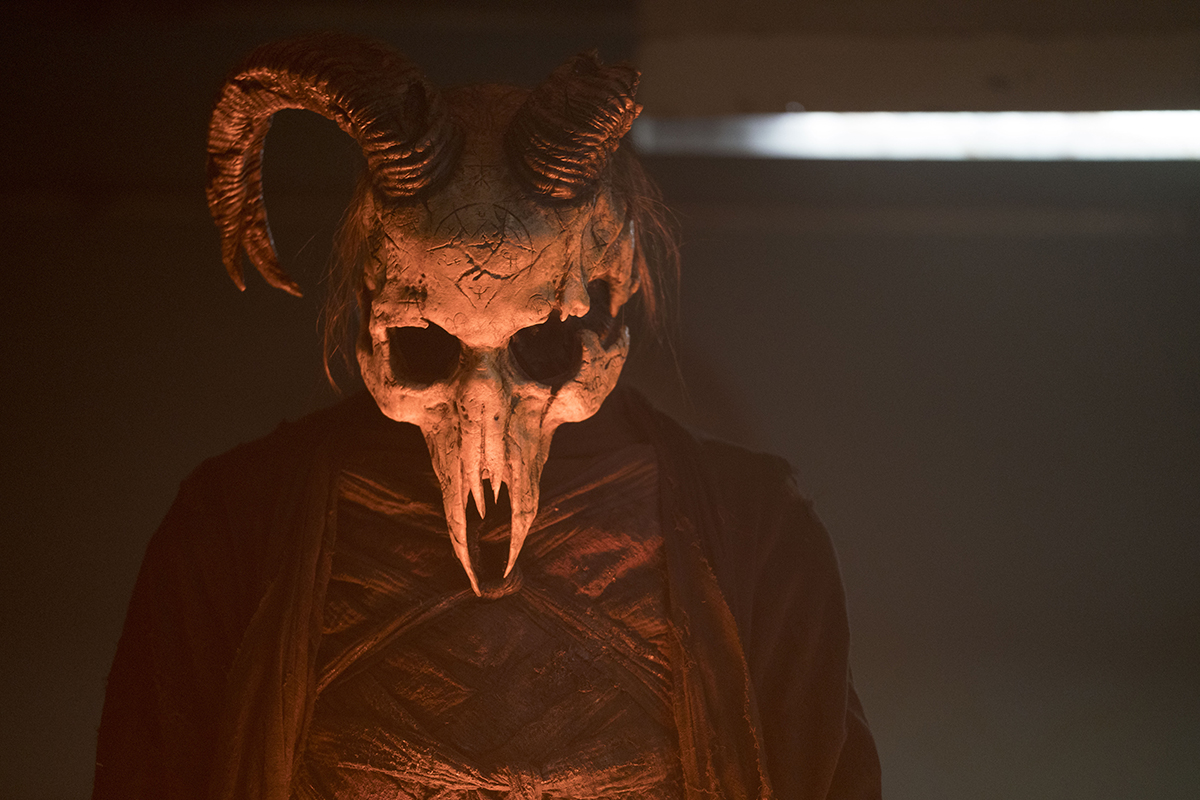 The films Irati and Abyzou will open and close the Festival, to be held between 28 October and 4 November.

On Friday, 28 October, the film Irati (Paul Urkijo Alijo, 2022) will open the 33rd San Sebastian Horror and Fantasy Film Festival at the Teatro Principal. Abyzou (Oliver Park, 2022) will bring the event to a close at the same venue on 4 November.

Between the two dates, a selection of the leading fantasy film releases of the year will be screened, both feature-length and shorts, along with a number of classics of the genre, as well as a range of activities to complement the Festival schedule.

This year a total of 32 feature films, 30 shorts and 3 TV series episodes will be shown.

The Teatro Principal will be the main venue of the festival, screening the Festival's complete official section of feature films, comprising 23 titles.

The Teatro Victoria Eugenia will show second screenings of a number of films in the official feature-length section in their original language with Basque subtitles, as well as marathon screenings of international shorts, animation and special sessions; the presentation of the animated series “Pobre diablo” (2022) with some of the team behind it in attendance, and a comedy show created for the occasion by the Barrexerka group, to be staged at the Club Room venue. Special Festival editions will also be recorded here for the podcasts La hora caníbal and ¡Estamos vivas!

This year there will be four screenings at Tabakalera. The films Alma viva (2022) and Incredible But True (2022) will be joined by the Japanese classic Kwaidan (1964) and the joint tribute paid by the Basque Film Library and the Festival itself to the Bilbao-born film-maker Pedro Olea, with a screening of The Ancines Woods (1970).

The same theme will be taken for the traditional street party which kicks off the Festival, returning this year on Saturday 29. The Boulevard in San Sebastian, specifically the area around the Quiosco bandstand, will be the setting for Azokanibal, a fair featuring pagan processions, make-up and handicraft workshops, theatre… Cannibalism can also be found in a number of titles in the official section, while the Teatro Principal will be screening the Jesús Franco classic Mondo cannibale (1980).

On 22 October, meanwhile, Bang Bang presents a double bill at the Principal in partnership with the Festival, raising the curtain on their annual programme, and featuring Batman (1989) and A Nightmare on Elm Street (1984).

A children's cinema session at the Victoria Eugenia (Izurde mutikoa, 2022) and the collaboration with the Kresala film club (Men) make up the rest of the Festival's cinema programme this year.

There is also room for other activities on the schedule: the 7th edition of the traditional Fanzine War will be held, while Beldurrola has organised a number of horror role-playing game sessions in Basque.

The Basque Maritime Museum is getting in on the act too, hosting a special edition of Grillos Navajeros, now in its tenth year, and an exhibition of classic seafaring film posters: Seas of Cinema.

There are also another 5 exhibitions on the programme this year: Luis Gasca: Comics and Cinema, organised by Koldo Mitxelena Kulturunea in partnership with Donostia Kultura, open from September onwards at Okendo K. E.; Fuego Fatuo: Bestiary of the Inexplicable at the Municipal Library Events Room, a returning feature this year; Arantza Sestayo (Central Library), the eighteenth edition of Euskadi Fantastikoa; Odol tinta – Banpiroari omenaldia (Intxaurrondo K. E.), in partnership with the Bilbao Fantasy Film Festival and Literaktum; and the tribute paid by the Tolosa TOPIC puppet centre to Tito Saavedra, the artist behind a number of historic façades of the Teatro Principal.