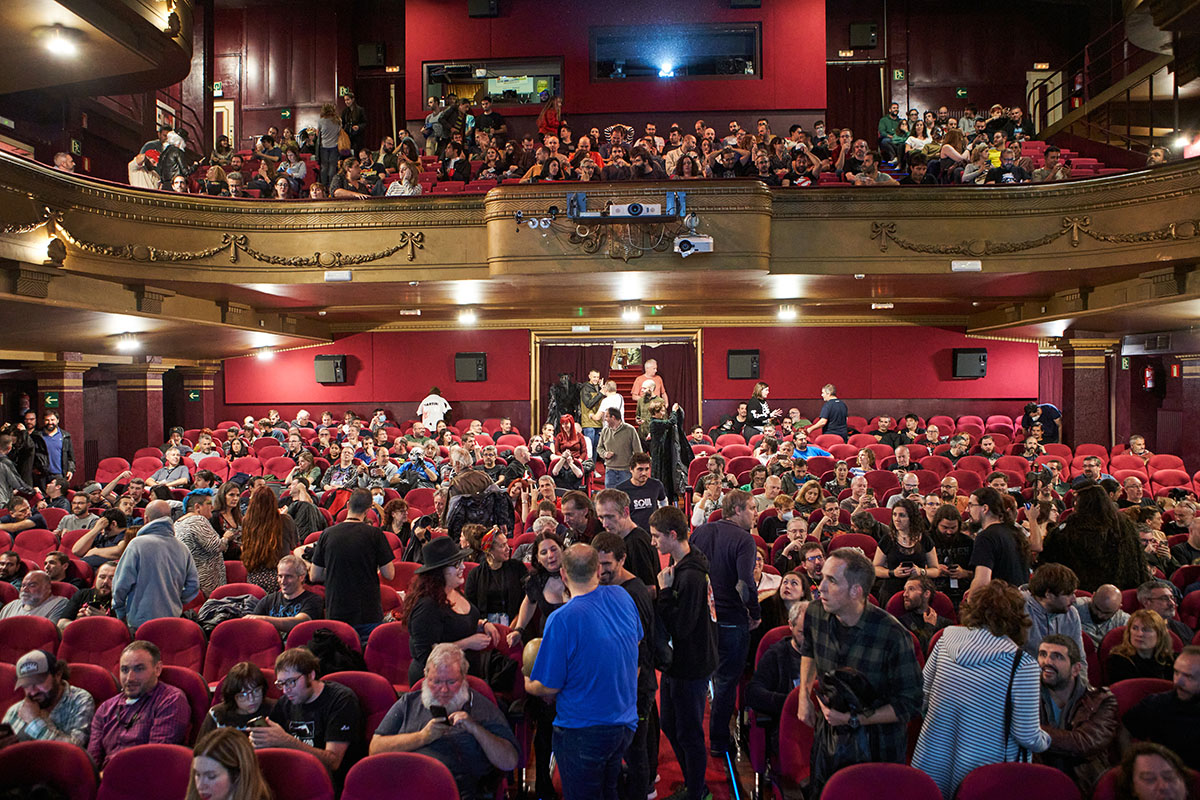 Last Friday, 4 November, saw the end of the movie screenings at the 33rd San Sebastian Horror and Fantasy Film Festival, which enjoyed a huge turnout, with the highest spectator figures in the last nine years.

The number of people who flocked to the movie screenings at the Principal and Victoria Eugenia theatres and TBK stood at 12,834 spectators, and several of the screenings were sold out. Participants in the other activities, including workshops, street parades and theatre on Saturday 29th, as well as the exhibitions, came to 8,246.

A total of 21,080 spectators enjoyed the selection of activities organised by the Festival until 6 November.

Five exhibitions organised to celebrate the Festival are still open: